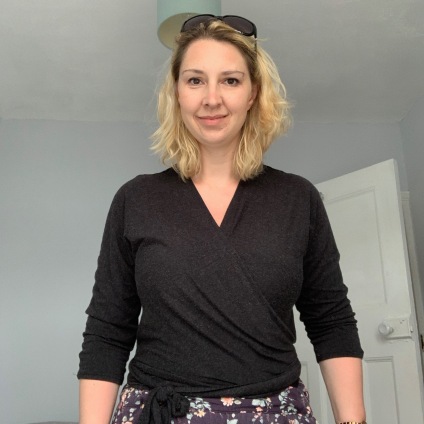 About a year ago I saw Suzanna from The Threadquarters make a version of Sew Over It’s Ella Blouse in a jersey fabric rather than the woven it’s designed for. I had the pattern via their PDF club already and immediately ordered the exact fabric Suzanna used. That was February 2018 and it’s been sitting in my fabric stash since then. I don’t know what prompted me to finally make it but during a week off I made it up and am delighted with the results.

The Ella Blouse has a kimono style sleeve with wrap around front and two long ties which go around your waist. It’s designed to be worn as a top (not a cardigan) but I would probably always wear a little vest underneath. It has two darts in the back, bust darts at the front and a neck facing for the back. The front has grown on facing which you turn back on itself. It’s a quick make with the only tricky bit being attaching the ties to the top. I unpicked two or three times at this stage. 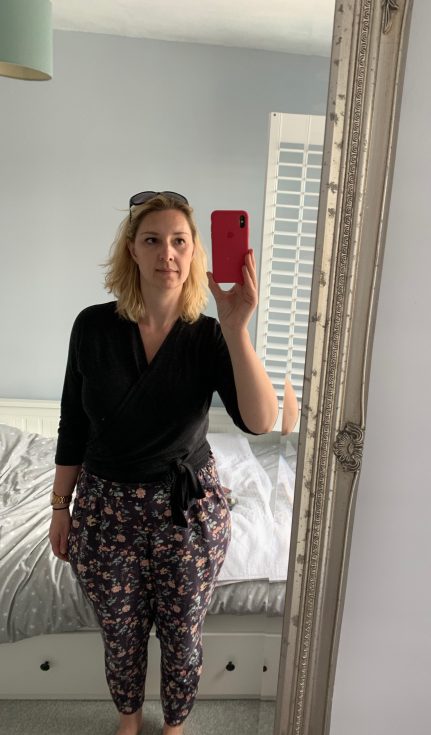 It worked perfectly in the jersey. Suzanna had omitted the back neck facing but I didn’t think to do that so mine has it. I think either way works. The only alteration I made to the pattern was to lengthen the back by an inch and a half. I intended to lengthen the front too but forgot! Next time. 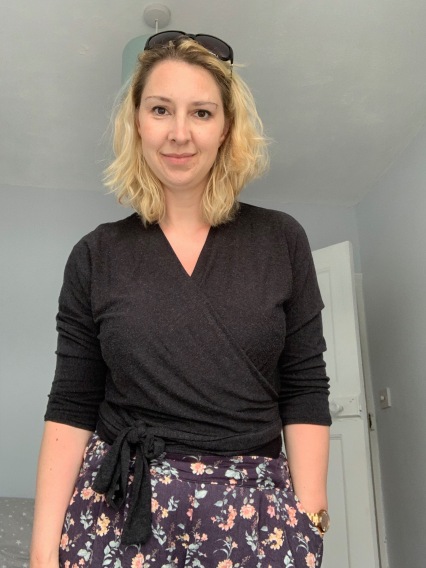